Apollos Rally to Down Canaries in Sioux Falls 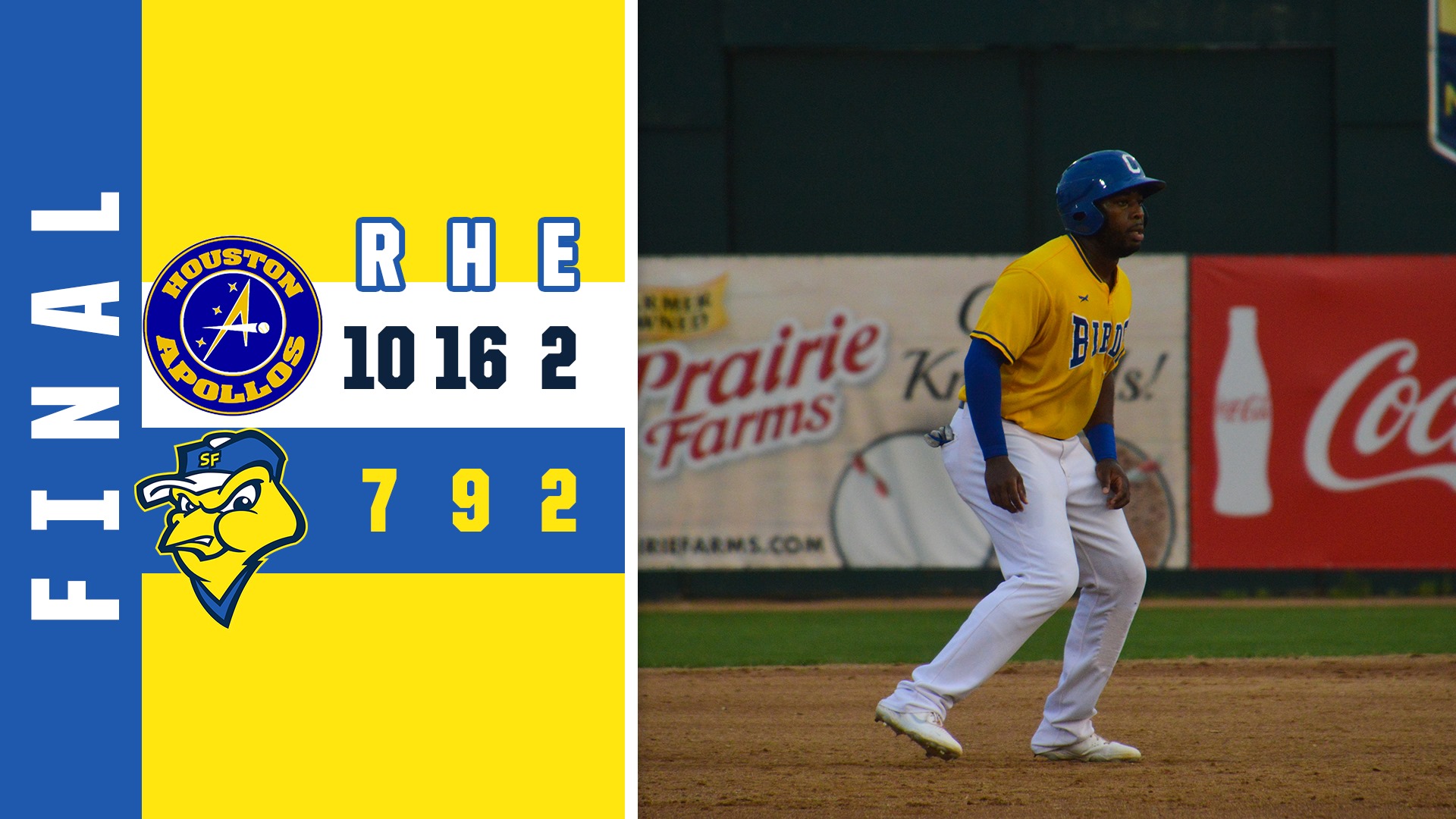 SIOUX FALLS – The Sioux Falls Canaries rallied late in the ninth inning but ultimately fell short to the Houston Apollos 10-7 Wednesday at The Birdcage.

RHP Charlie Hasty (2-3) received a no-decision on the mound for the Canaries as the starter. Hasty went four innings, allowing four runs (three earned) on seven hits and five walks while striking out three Apollos.

After RHP Jake Voss started the game for the Apollos, RHP Alex Merithew (3-7) picked up the win. Voss left the game with an apparent injury in the second and Merithew went three and two-thirds scoreless innings, allowing just three hits and one walk while striking out five.

Angelo Altavilla led the way for the Canaries on offense with two doubles and a single. His second double brought in two runs in the ninth inning.

The Houston Apollos will start RHP Matt Sanchez (0-0, 2.46 ERA) in the series finale. The starting pitcher for the Canaries will be the Olympian RHP Joey Wagman (0-1, 9.00 ERA). First pitch is at 7:05 PM at The Birdcage.

Thursday is WWE night at The Birdcage!  Those who come dressed as WWE wrestlers get a ticket discount and become eligible for a best costume contest, with some body-slamming grand prizes. We’ll show you some of the most spectacular scenes in rasslin’ history on our new Daktronics video board, and we may have some chair-breaking theatrics of our own. Plus, tickets are just $5 forall college students with valid I.D.! And Thirsty Thursday means 2-fer tallboys! — $12 for two domestic 16 oz. cans and $10 for all craft/import 16 oz. cans thru the end of the fifth inning! So, get on that top rope and get ready to jump into the ring! And that’s the bottom line — because the Canaries said so!

A live broadcast of all the home games will be available via Fox Sports 98.1 FM and American Association Baseball TV.

For more information on the Canaries, follow the team on Twitter @canaries. To purchase tickets and for all other team information, visit sfcanaries.com. Media contact: joey@sfcanaries.com.