Monarchs Muzzled by Dogs in Chicago 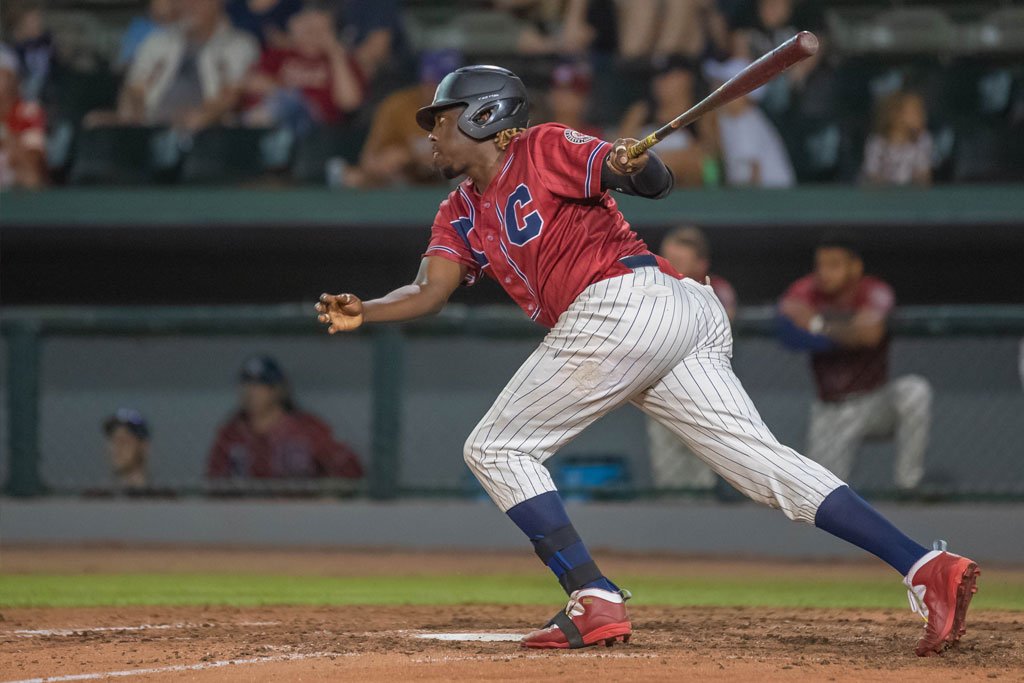 CHICAGO – The Kansas City Monarchs (54-27) lost game three and the series to the Chicago Dogs (49-31) in the final game of the road series. The Monarchs finished the important seven-game swing, 4-3.

Chicago ignited in the bottom of the second, beginning with pitcher Keyvius Sampson (2-1) giving up a walk and ending with three runs, thanks to a double to left by Michael Crouse. Sampson pitched for 4.1 innings, allowed four hits, six runs, six walks, and recorded six strikeouts.

A lead-off double to center by Will Kengor got some momentum going in the top of the third. Ryan Grotjohn then stamped in an RBI single to score Kengor.

The Dogs extended their lead in the bottom of the fourth, tacking on three more runs, dominating the Monarchs, 6-1.

Kansas City kept the Dogs quiet in the fifth, but Chicago got going again in the sixth, scoring another three runs. The Dog offense couldn’t be stopped, as they scored a run off of a wild pitch by Jacob Lindgren in the seventh and a run by T.J. Bennett after Johnny Adams hit an RBI double, making the score a whopping 10-1.

Chicago scored again in the eighth, bringing the team ahead of the Monarchs 11-1.

Kansas City ended the game with a run by Gaby Guerrero, after he doubled then ran home, thanks to a wild pitch in the top of the ninth.

The Kansas City Monarchs will travel home for an off day tomorrow; then they will open a six-game homestand on Tuesday night at Legends Field, beginning with the Sioux City Explorers. First pitch is set for 7:00 p.m. The game can be heard on the Monarchs Broadcast Network with the pre-game beginning at 6:30 p.m. and the video stream airing on aabaseball.tv.

Thompson, Monarchs Down Pesky RailCats in 10