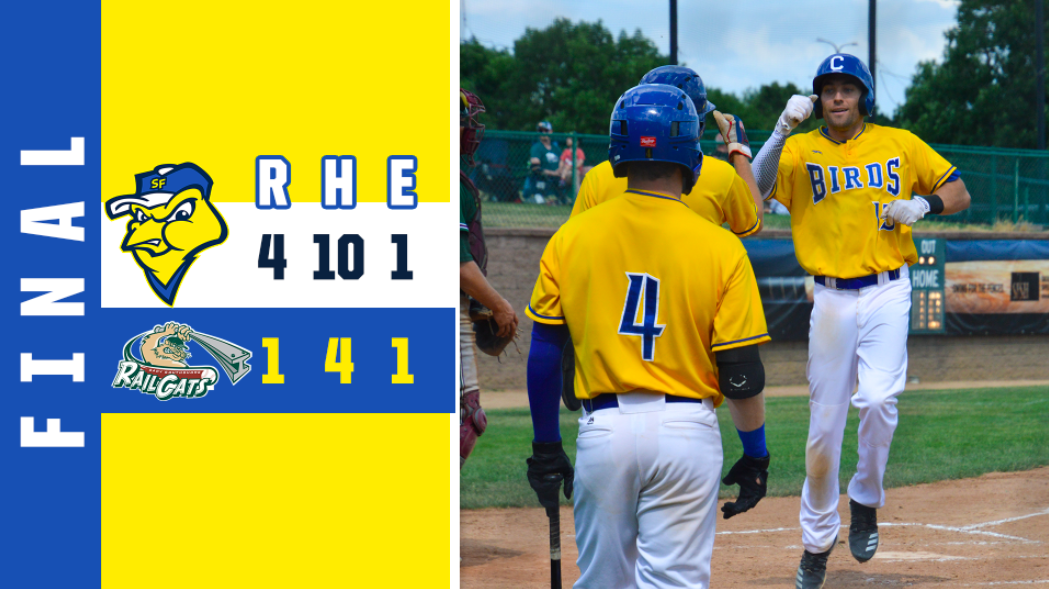 GARY, Ind. – Tyler Garkow shut down the RailCats for seven innings Wednesday at US Steel Yard. The righty did not allow an earned run as the Canaries cruised to a 4-1 win.

Garkow (3-7) struck out seven and gave up just an unearned tally in the seventh. He issued one walk while allowing four hits. Trevor Lubking (3-8) took the loss after allowing three runs (three earned) in seven innings. Colby Wyatt and Caleb Frare combined for a scoreless final two innings out of the Sioux Falls bullpen. The save was the eighth of the season for Frare.

Cade Gotta notched an RBI double to put the Canaries up 1-0 in the third. Trey Michalczewski added an RBI single later in the frame to run the lead to 2-0. Jordan Ebert picked up an RBI single in the fourth to make it 3-0. The Canaries added a run on an error in the eighth to put the game out of reach.

Ebert and Michalczewski each finished with two hits. Wyatt Ulrich scored twice. The win moved the Birds to 3-3 against the RailCats this season.

A live broadcast of all away games will be available via Fox Sports 98.1 FM and American Association Baseball TV. The Canaries will be back home August 10th at 7:05 pm to take on the Cleburne Railroaders.

For more information on the Canaries, follow the team on Twitter @canaries. To purchase tickets and for all other team information, visit sfcanaries.com. Media contact: joey@sfcanaries.com.

Cougars Rally to Down Monarchs

Saltdogs Fall Short in Quest for Sweep of RedHawks