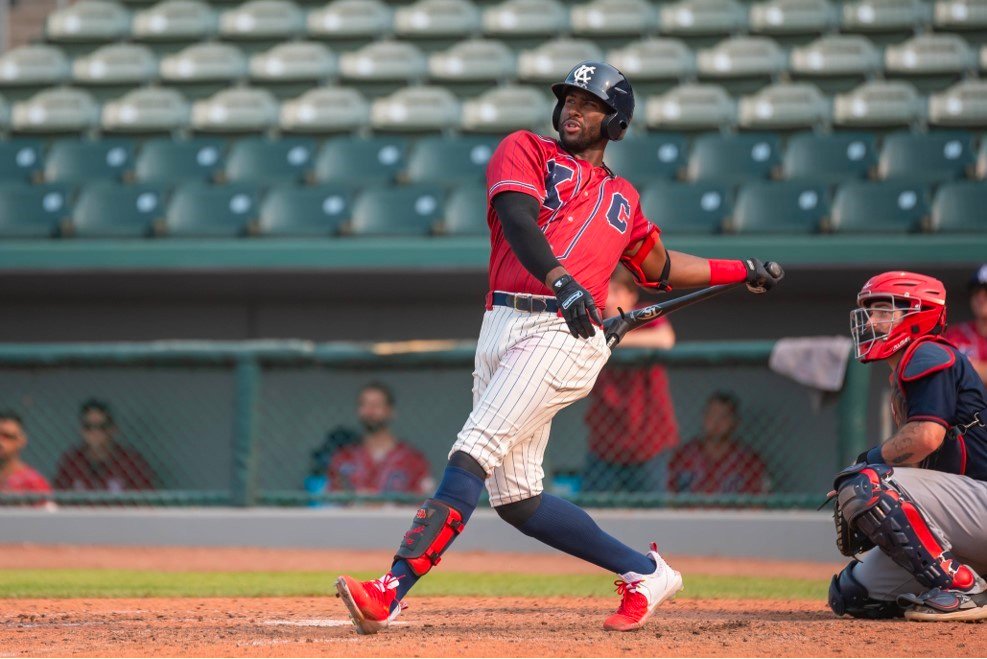 CLEBURNE, Texas—The Kansas City Monarchs (68-31) squeeze past the Cleburne Railroaders (54-45) 5-4 as Cleburne clinches a spot in the post season.

Ibandel Isabel got the offense started early for the Monarchs as he singled, then advanced to third base after a Colin Willis double. Ibandel came home on a sac fly by former Kansas City Royal outfielder Paulo Orlando.

Cleburne didn’t give up without a fight, responding with three runs of their own against RHP Justin Donatella in the bottom of the third to tie the game, 3-3.

The Monarchs answered quickly, retaking the lead after a single by Ryan Grotjohn scored Paulo Orlando, making it 4-3.

Ibandel Isabel launched a solo home run in the top of the fifth to extend the KC lead 5-3.

In the bottom of the seventh, Alay Lago scored for the Railroaders, thanks to an RBI single by Osvaldo Martinez. The Monarchs managed to hold Cleburne to one run, taking the third game from Cleburne, 5-4.

Despite the loss for Cleburne, the secured their first ever playoff spot with a doubleheader split between Lincoln and Houston earlier in the evening.

The Monarchs will face Cleburne one final time in the regular season tomorrow with first pitch at 1:00 p.m. The remaining road game can be heard on the Monarchs Broadcast Network with the pre-game beginning 30-minutes prior to first pitch and the video stream airing on aabaseball.tv.

Post season tickets can be purchased by calling (913) 328-5618 or by visiting monarchsbaseball.com/tickets. For additional media requests, media members may contact the Monarchs Media Relations Department at (817) 739-3693. Stay tuned to MonarchsBaseball.com and the Monarchs social media pages for updates throughout the season.

Canaries Rally Late to Down Explorers