The Bethel Royals entered Saturday’s contest against St. Olaf 0-3, and were really trying to find an identity for their offense. It looks like they have found it, as Jake Marsh threw for 323-yards and 4-touchdowns, and Bryce Marquardt and Joel Koenecke each had over 100-yards receiving and touchdown in the 64-7 victory. That moved both teams to 1-3.

The Royals got a big break early on when Troy Peterson could not handle the punt and was tackled at the St. Olaf 12. However, Bethel could not take advantage as, on fourth and three at the five, Sam Gibas was stopped by Luke Dahl and Marcel Diggs to force a turnover on downs.

The Oles would be forced to punt on their next possession, giving the ball to the Bethel Royals at their own 44. Two plays into the drive, Jake Marsh found Bryce Marquardt for 23-yards and a first down to the St. Olaf 30. It looked like the drive may stall again when Marsh found Marquardt for 10-yards on third and 11, setting up a fourth and one at the Oles 10. Bethel went for it again, but this time Brady Bomsta got the first down and more, racing to the four before he was tackled. On the next play, Gibas scored to make it 6-0.

The Royals extended their lead to 13 on their next possession. The Ricardo Johnson III 45-yard punt put the ball at the Bethel three. On the first play of the possession, Bomsta gained a yard, setting up second and 9. That is when Marsh found a streaking Marquardt, who made the catch and raced for the 96-yard touchdown to make it 13-0.

A few mistakes had hurt the Oles, but they were still in this contest. However, the second quarter would prove to be a nightmare as Bethel would score 33-points. At the 11:33 mark, the Royals made it 20-0. Marsh capped off the 11-play, 65-yard drive by hitting Drew Larsen for 16-yards and a touchdown.

On their next possession, the Royals would score again. The Oles were forced to punt from their own 14. The 33-yard punt was fielded by Trey Anderson, who raced to the St. Olaf 33. Four plays later, Gibas burst through the line and raced 21-yards for the score.

On the next possession, the Oles punted but the ball was over Peterson’s head. He recovered in the end zone where he was tackled for the safety. Bethel took advantage of the free opportunity, as the Royals went on an 8-play, 61-yard drive that ended when Gideon Erhabor scored from one-yard out to make it 37-0.

The punting game was an issue all game for St. Olaf and that proved to be true on the next possession as well. On fourth and 13 at their own 22, Jack Goldstein’s kick was partially blocked, going just 13-yards. That put the Bethel Royals at the Oles 35. Three plays later, Marsh found Larsen again, this time for 21-yards to make it 44-0. That would be the score at the half.

On the first drive of the second half the lead would become 51. The Royals started at their own 33 where it would take them just 1:18 to score. On third and 6 at their own 37, Jake Marsh connected with Joel Koenecke for 63-yards and the touchdown.

Joey Lee came on to quarterback for Bethel University on their next possession, but the result would be the same. Starting from the Oles 40, Lee kept the drive alive on third and 18 when he found Mathias Durie for 23-yards and the first down to the Oles 23. On second and 11, the two would hookup again, this time for 14 to the St. Olaf 12. Lee showed incredible poise, converting another big third down, this time on third and 10 at the 12, hitting Erharbor for 12-yards and the touchdown.

St. Olaf would get on the board in their next possession. Johnson had been knocked out of the game earlier when he was sacked. Jack Goldstein was able to help move the Oles to the Bethel one. On second and goal, Khayleb Willis scored to make it 57-7.

The Royals added one more score in the fourth. Following the St. Olaf touchdown, the team put on a 10-play, 65-yard drive that culminated when Erhabor scored from 5-yards out to make it 64-7.

The Bethel Royals put up 618-yards of total offense. Jake Marsh was 14-16 for 323-yards and 4-touchdowns. Joey Lee was impressive in relief, completing 5 of 7 passes for 75-yards and a score. Bryce Marquardt had 4-catches for 132-yards and a TD, and Joel Koenecke had 5-receptions for 108-yards and a score. Gideon Erharbor and Sam Gibas both had 2-touchdown runs.

Next week, the Bethel Royals travel to Collegeville, MN to take on the St. John’s Johnnies. Kickoff is scheduled for 1 P.M.

Sam Gibas Living F.A.T. Life On, Off the Field at Bethel 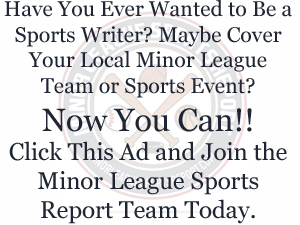