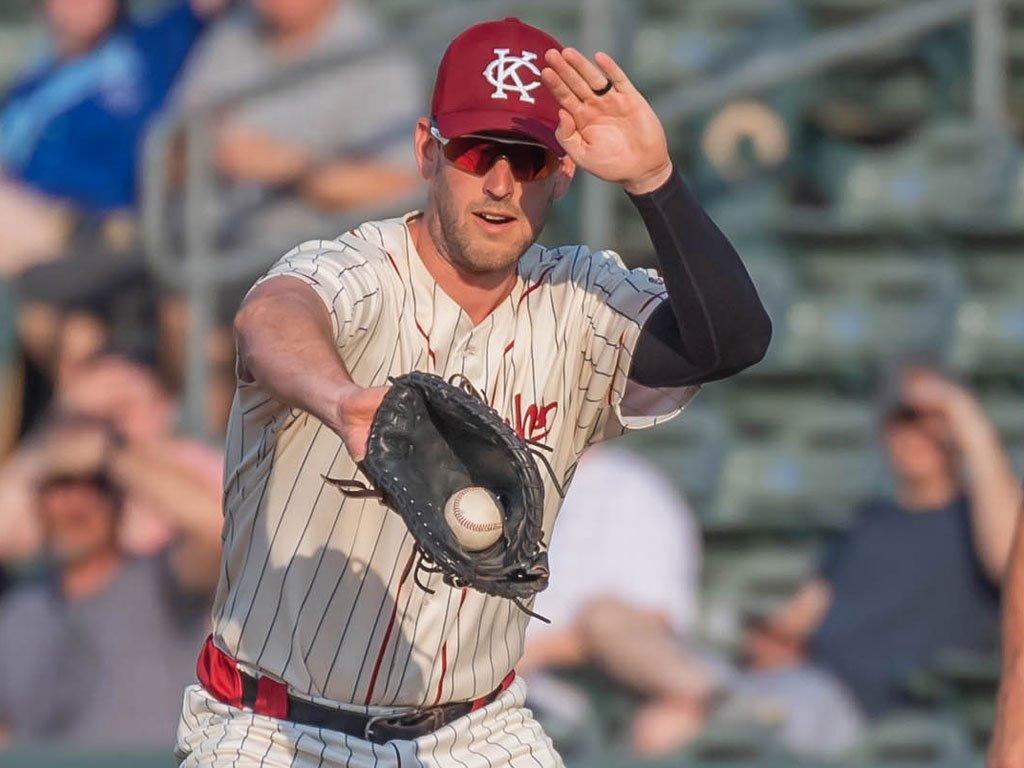 JACKSON, TN – After dropping the first two games of the road series to the Winnipeg Goldeyes (30-31), the Kansas City Monarchs (37-22) were in need of a victory to help stay atop of the South division standings.

Winnipeg Goldeyes chose 26-year-old, Greg Harris, as their starter for the day. The 6’3” righty from Valley Head, Alabama was acquired by the Goldeyes through trade with the Chicago Dogs earlier this season. Harris went 0-2 while on staff with the Dogs and came into the day 1-1 with Winnipeg.

Kansas City, who scored first in the previous game, did so again with three first inning runs. Morgan McCullough and Ryan Grotjohn both took the base on balls to start the game, followed by a Darnell Sweeney home run to take the early lead 3-0. Despite the 37 pitch first inning by Harris, the Winnipeg Goldeyes did not flinch at all and responded in the bottom half of the inning with one run off of a Max Murphy double (3-1).

The Monarchs were led on the hill by right-hander Jameson McGrane. The hurler put the team in great position to win the ballgame with his eighth start of the season. After working out of a jam in the first inning, McGrane went on to retire six of the next seven batters. The fourth inning served to be the best one for the Goldeyes as they were able to manufacture two runs off of two walks, a single, and a double play groundout. McGrane got through the fifth before passing the ball off to Elroy Urbina.

Kansas City ultimately put the nail in the coffin during the sixth inning. A trio of doubles from Colin Willis, Charcer Burks, and Will Kegor helped the Monarchs add some much needed cushion. It didn’t stop there either. Catcher Alexis Olmeda added the icing on the cake with an RBI single to left to top off the five run inning (8-3).

McGrane’s outing of six innings, ten hits, three walks, and one strikeout served to be enough for the Sunday road victory, improving his 2021 season record to 4-1. Despite giving up double digit hits, he stayed aggressive with his pitches and let his defense work.

Elroy Urbina came up huge for Kansas City. The three innings of relief would be his longest so far this season. The lefty controlled all momentum down the final stretch of the game. Urbina only allowed five batters to reach base in the final three innings. The Goldeyes collected three hits off the reliever, but no runs.

The series finale win kept the Monarchs’ division lead at two and a half games over the Cleburne Railroaders.

The Monarchs will return home Monday for a four game series with the Houston Apollos. Game one of five will get underway Monday night at 7:00 p.m with the gates opening at 6:00 p.m. The game can be heard on the Monarchs Broadcast Network with the pre-game beginning at 6:35 p.m. and the video stream airing on aabaseball.tv