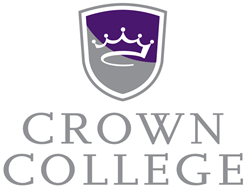 The 2016 Crown College Storm football season kicked off on September 5, as the Storm travelled to the cities to take on Hamline University. This would be a new beginning for Crown College as offensive coordinator Matt Bremer took over the reins of the offense with an entirely different approach.

Also, starting quarterback Brandon McCormick graduated, and sophomore Taylor Watkins became the team’s new offensive leader. While seniors Josh Edlund and Matt Michaud returned to carry the load in the running game, a new spread offense was going to require the two to be a lot more active in blocking and pass catching. Plus, they would be called upon to steady the underclassman as he would be starting his first game as the Storm’s quarterback.

While the new offense was likely going to mean a diminished role for the two seniors, it was going to be a whole new world for the team’s wide receiving corps, especially the Triple T’s – Thomas Andrews, Trey Peace, and Terrell Thomas. The three combined for 16-catches and 200-yards receiving.

The game got off to a tough start, as Hamline road two long touchdown passes from sophomore Justice Spriggs to take a 14-0 lead about five minutes into the second quarter. Chad Anenson hit a 20-yard field goal to get the Storm on the board, but Spriggs scored from one-yard out as the first half ended to send the game to the half with the Pipers leading, 20-3.

The Storm would receive the opening kickoff of the second half and would move 65-yards in 9-plays for the touchdown. The receiving trio played a big part in the drive. Andrews had two-catches to start the possession, and Watkins would throw a 40-yard pass to Peace that would put Crown at the 16. A penalty would move the ball back to the 26 where it would be first and 10. Three plays later it was third and 9 when Watkins found Peace once again, this time for 14-yards and a first down. On third and 1 from the two, Michaud burst through the line for the touchdown. That would make it 20-9. Unfortunately, the extra point was blocked and returned the other way for a two-point play. That made it 22-9.

Another Spriggs touchdown pass would complete the scoring as the Hamline Pipers would win the first game of the season, 29-9.

The loss made for the sixth straight year that Crown College has lost their opening game of the season. Their last opening victory was 2010 against Carleton, 49-25, a season where the Storm had the winningest record in school history at 6-3.

While the offense did not perform as Coach Bremer had envisioned, he did see a lot of positives that came from the game.

“We moved the ball around well. Our group of Triple T’s are going to be tough to defend against because there is a lot of skill there, and they make it very difficult to cover. Taylor struggled a bit, but he is learning and, considering that he has only had two months in this offense, he performed very well. As we get more familiar with this offense we are only going to get better.”

The Hamline defense was able to contain the two senior running backs, holding them to just 49-yards but on only 10-carries. The three receivers had a big day, however. Andrews led the group with 8-catches and 86-yards receiving. He was the team’s Offensive Player of the Week and will be featured next weekend. Peace made 4-catches for 85-yards, and Thomas had 4-catches for 29-yards.

In his first start for the Storm, Taylor Watkins was 18-30 for 202-yards. It was a good start to his college career.

The defense was led by Josh Brozek, who made 14-tackles and Eliot Wiens, who made 10. Brozek also forced a fumble. Brozek will also be featured next weekend.