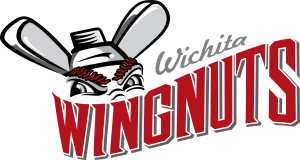 It started early and often. The Wichita Wingnuts put on a hitting display to back the outstanding pitching performance of Jason Van Skike as the home team won 12-2. It was the exact kind of offensive explosion the club wanted when they signed Nick Van Stratten earlier in the day.

The Wichita Wingnuts offense come out pumping on all cylinders. After Van Skike gave up a lead-off single before retiring the Lemurs in order in the top of the first, the Wingnuts scored four in the bottom of the first, with the entire rally beginning with two outs. David Espinosa got it started with a single into right field against Laredo starter Luis Pollorena. Andy LaRoche walked and T.J. Mittlestaedt lined a single into left that scored Espinosa. John Nester was the next hitter and after taking a called first strike, he drilled a Pollorena offering over the left field wall for his fifth home run of the season. That made it 4-0.

The Lemurs responded right away, scoring two in the top of the second. Travis Denker singled to start the rally, but was cut down on a fielder’s choice by Kevin Taylor. Juan Silverio singled to put two on and Drew Martinez’s ground out would have been the second out, but an error allowed Martinez to reach and the bases were loaded with one out. Phil Pohl singled into left to score Taylor and Silverio scored on a J.D. Pulfer sacrifice fly to make it 4-2.

In the bottom of the third the Wichita Wingnuts got those two runs back. Jayce Ray hit a grounder into the hole at short and then beat it out for a single. Espinosa followed with a single up the middle and Wichita had two on with no one out. LaRoche walked and T.J. Mittelstaedt hit a sacrifice fly to center that scored Ray. Nester hit a hard grounder to short that should have been a double-play, but he came running hard out of the box and was able to beat the relay to first. That scored Espinosa to put Wichita back up by four.

In the bottom of the fourth the Wingnuts blew the game open. Taylor Smart singled to get the inning started and moved to second on a single by Leo Vargas. That brought Nick Van Stratten to the plate.

Van Stratten had been signed earlier in the day by manager Kevin Hooper. The Wingnuts new center fielder had been playing in Mexico this season, but with that league’s season over he was able to return and landed on the Wingnuts roster. Van Stratten had been hitless in first two at-bats in a Wichita uniform, but he came up big here, ripping a ball down the left field line and then racing hard for a triple. That made it 8-2. Jayce Ray followed with a single to score Van Stratten and it was 9-2.

The score remained that way until the bottom of the seventh. With BJ Hyatt on the hill for Laredo, both Mittelstaedt and Nester were retired, but the two out rally came up big again. Harrison Kain beat out an infield single and Taylor Smart followed with a single into right field to put two on with two outs. Leo Vargas was the next hitter, and his double the opposite way down the right field line scored Kain and moved Smart to third. Next up was Van Stratten, who singled to score Smart. An Espinosa base hit brought home Vargas with the Wingnuts final run, making the score 12-2.

That was way more than enough runs for Van Skike (7-5) on this night. The Wingnuts starter had his best outing since July 8, allowing 6 hits and 2 walks in 7 innings. Of the 2 runs he allowed, only 1 was earned and he struck out 2.

Scott Kuzminsky pitched the final two innings for the Wichita Wingnuts. He was rock solid, allowing a lone hit.

Espinosa continues his hitting clinic of late, going 3-3 with 2 runs and an RBI. He also walked twice. Smart also had three hits, and added two runs scored. Van Stratten made quite a splash in his Wingnuts debut, going 2-5 with a run and 3 RBI. Ray and Vargas each added 2 hits.