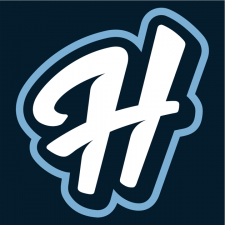 The Hillsboro Hops knocked off the Salem-Keizer Volcanoes 9-5 on a day that the world paid attention to the local solar eclipse.  The game was moved up to an un-baseball hour of a 9:30 AM start time to celebrate the astronomical occurrence.  The eclipse only delayed the offensive attack as the Hops scored four runs before the Volcanoes even came to bat and followed with five more by the end of the game.

The first inning carried a multitude of baseball ways to score.  After one out, the Hops littered the field with three consecutive singles by Ryan Grotjohn, Luis Lara and Dan Swain.  On the final single, Grotjohn scored and Lara and Swain took an extra base on the throw to home.  Cole Thompson sacrificed to right scoring Lara.

Now the stage was set up for the show.  With NASA bringing a huge presence to the event, the men who are used to watching the stars got see the first totality of future stars with the Hops when Daulton Varsho stepped up to the plate with two outs and belted a two-run homer over the left field fence.  The stargazers must have felt that they were getting a run for their money on their day.

With the score at 4-0, the world took a time out to witness the world’s first ever eclipse delay of a baseball game.  The Volcanoes must have appreciated the break to recoup.  For an hour, the home crowd celebrated the long-expected blackout as the stadium immersed itself in a total blackness where you couldn’t see your hand in front of your face.

The respite gave the Volcanoes a chance to regroup.  They did so by cutting the Hops lead in half with two runs of their own in the bottom of the second.  It would be the closest S-K would come to the Hops.

The barrage started again in the fourth when Cole Thompson singled and later came home on a throwing error by third baseman Shane Matheny.  Ryan Tufts, who reached base on that throwing error, scored on Jorge Perez’ double.  Salem answered with a run of their own to make the score 6-3.

Lara homered in the fifth and Daulton Varsho followed with a solo shot himself in the sixth.  Later that inning, Dobson doubled home Connor Owings.  Again, Salem answered with a single run of their own making the score 9-4.

In the bottom of the ninth, Rob Calabrese scored to make the final score 9-5.

The Hops walloped the home team for twelve hits on the night, six of them for extra bases.  They included three doubles and three home runs, two by Varsho.  Eight of the nine batters hit safely.

Tyler Badamo (W, 1-2) started for the Hops and got his first win in a Hillsboro uniform.  Badamo went six innings allowing four runs on seven hits.  Luis Castillo pitched a couple of innings striking out four of the nine batters he faced.  Matt Peacock closed out the game allowing the final run of the night on one hit.

John Timmons (L, 1-4) started for the Volcanoes and was limited to the first and only pre-eclipse inning of the game.  The four runs allowed on four hits were enough for the loss.  Peter Lanoo relieved for five innings allowing the Hops five runs on six hits.

The win moved the Hillsboro Hops (13-13) into sole possession of first place in the Southern Division.  The Salem-Keizer Volcanoes (11-15) fell to third place with the loss, two games behind the Hops.

Both teams return to Volcanoes Stadium Tuesday night for the final game of the series.  The Hops lead it 2-1.

Week 20: the End of the Season