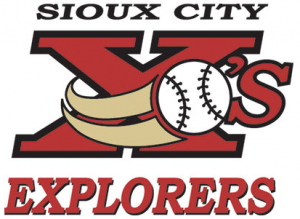 They say that all good things must come to an end, and the St. Paul Saints finally got to feel a little dose of that reality on Thursday night. After going undefeated in their first 22 series of this season (20-0-2), the club finally dropped their first series, falling in the rubber match of their series with the Sioux City Explorers, 4-3. The home team put up an impressive three-run eighth inning rally to earn the comeback victory.

The game matched Saints 11-game winner Jeff Shields against right-hander Ryan Strufing, who was 1-0 since joining the Explorers. Both pitchers retired the side in order in the first, but St. Paul was able to touch Strufing for a run in the second.

Angelo Songco began the inning with a base hit and two batters later Joey Paciorek walked to put two on with one out. Steve Nikorak followed by grounding into a fielder’s choice but Strufing’s error allowed Nikorak to reach base and Songco to score. That put the Saints up 1-0.

The lead was short lived as Sioux City tied it up in the bottom of the third. Matt Koch led off with a double, but was gunned down on a fielder’s choice when Shields made a great play, then threw to third to get Koch. That put Tim Cowell on first, who moved to second on a ground out and scored on a single to right field by Brent Keys to tie the score.

Both pitchers settled down and kept the game tied at one through the first five innings. In the sixth Paciorek delivered what looked like the knockout blow. Songco singled to begin the inning and two batters later Paciorek took a Strufing offering and drilled it for his third home run of the season. That made it 3-1.

After the third inning run, Shields looked absolutely brilliant. He gave up back-to-back singles in the fourth, but induced a double-play that ended the inning. In the fifth and sixth the Explorers recorded leadoff singles, only to see both runners eliminated on double-play grounders. The seventh inning saw Shields retire the Explorers in order, and this game looked like it was over.

The eighth inning ended that dream when Sioux City put together quite the rally. Tommy Mendonca led off with a single and moved to third on a double by Koch. Colwell followed with a triple to the wall that scored both runners and the game was tied. Two batters later Alex Sogard came in for Shields but he could not keep Keys from doubling to score Colwell, and the Explorers had their first lead of the game.

In the ninth Jose Flores came on. He retired the Saints hitters in order for his 19th save of the season, putting him only behind Ryan Rodebaugh for the American Association lead in that category. It was Flores’ eighth straight scoreless appearance.

Despite the loss the St. Paul Saints became North Division winners earlier in the day when the Winnipeg Goldeyes lost at home to Sioux Falls. The loss did move the Explorers just 1.5 games behind St. Paul for the best record in the American Association.

Songco and Paciorek were the big hitters on the night for the Saints. Songco was 2-4 with 2 runs scored. Paciorek went 1-3 with a run scored and 2 RBI.