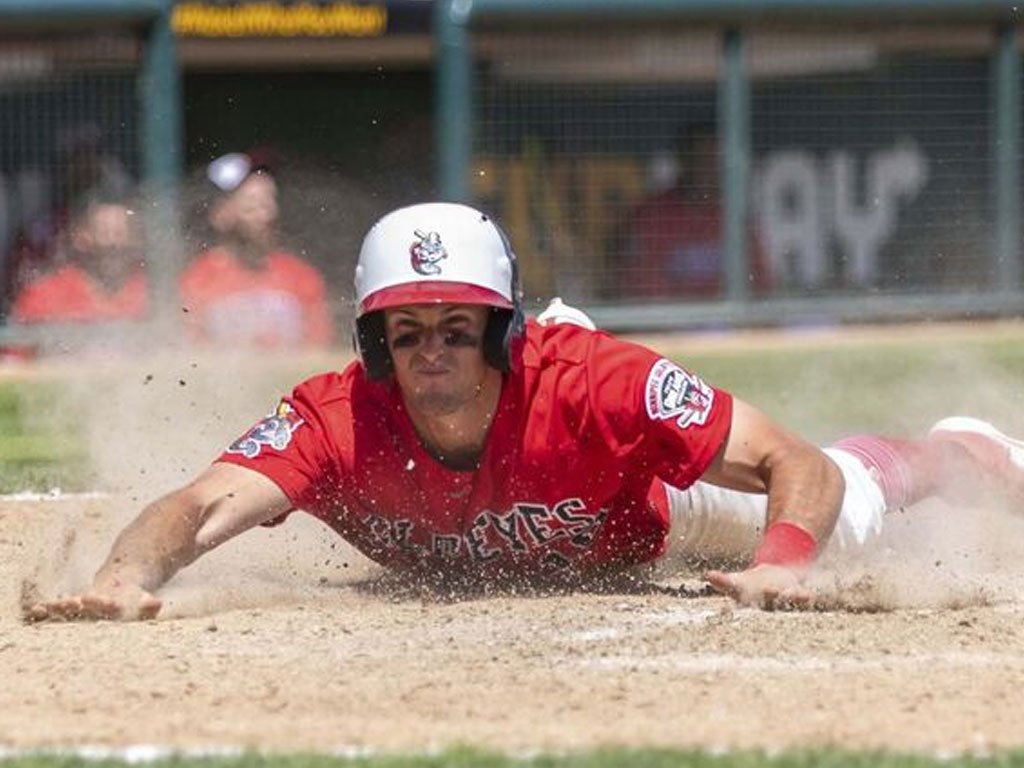 Jackson, TN – It took a while for anyone to get on the board in the Kansas City Monarchs’ 3-2 loss to the Winnipeg Goldeyes Friday night in Jackson, Tennessee. Both starters kept the other club’s offense in check in a scoreless game through four innings.

In the fifth, the Goldeyes struck first when a Kevin Lachance tripled in a run giving Winnipeg the lead 1-0. With two outs, Logan Hill drove in Lachance to increase the Goldeye lead to 2-0 after five frames

Kansas City got one of those runs back after Morgan McCullough scampered home on a passed ball in the top of the sixth, but the Monarchs could not score Ryan Grotjohn from second to tie up the game. Lachance extended the Goldeyes lead back to two runs in the home half of the inning with an infield single scoring Raul Navarro.

Charcer Burks missed a game-tying, two-run home run in the top of the seventh by a couple of inches, but it was enough to score Colin Willis from second to make it a one-run game. Burks stole third, but reliever Nate Antone struck out a pair of Monarchs to end the threat.

In the top of the eighth, the Monarchs threatened again when Darnell Sweeney slapped a first pitch single to right field. He got to second on a balk but was thrown out trying to steal third. Grotjohn was stranded at first when two more Monarchs struck out to end the inning.

It was reliever Dalbert Siri’s turn to strike his way out of trouble in the bottom of the eighth. After putting runners on the corners with one out, Siri fanned a pair of Goldeyes to escape the jam.

Willis gave a ball a ride to attempt a last-gasp rally in the ninth, but Goldeye right fielder Max Murphy made a diving catch to keep the Monarchs off the base paths in the inning and seal the deal.

Kansas City will play two more against the Winnipeg Goldeyes in Jackson on Saturday night and Sunday afternoon before returning to Kansas City to host the Houston Apollos on Monday. The first pitch is set for 6:35 p.m. and the game can be heard on the Monarchs Broadcast Network with the pre-game beginning at 6:05 p.m. and the video stream airing on aabaseball.tv.