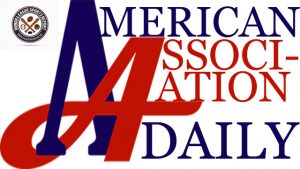 In American Association Daily, Robert Pannier looks at those suddenly soaring Fargo-Moorhead RedHawks who are looking to grab the top perch in the North Division thanks to a pitching staff that has been at the center of their resurgence.

RedHawks Climbing to the Top

There was a time when the Fargo-Moorhead RedHawks were winning so often that people set their calendar by it. “Another RedHawks sweep – must be Sunday.”

However, after 16 trips to the playoffs and five championships, the team had fallen on hard times. Four years of failing to make the playoffs led to the ouster of one of the greatest managers in the history of independent baseball, Doug Simunic, who was replaced by his pitching coach, Michael Schlact. Schlact had the RedHawks in contention all the way to the final week last year but, in the end, it was the fifth straight season that the Fargo-Moorhead RedHawks would be on vacation the day after Labor Day.

In March, Schlact took over as the pitching coach of the Milwaukee Brewers single-A team and Jim Bennett took over as manager. While much of the team that Schlact built is still intact, there have been additions that have changed the makeup of the team, and they are starting to pay huge dividends.

The Fargo-Moorhead RedHawks have been a streaky team early on. After losing three of their first four games to start the season, the team rattled off a 5-1 run. They then lost two straight before winning four of five. That preceded a run where they alternated wins and loses over 10 straight games before losing two to Chicago. The second of those losses came on June 16, the last time that Fargo lost.

Since June 18, the RedHawks have won seven straight games. It would be easy to think that this very potent offense caught fire and has been slugging their way to wins, but that is not the case. During the streak they have scored 36 runs, solid but not exactly the 27 Yankees.

Pitcher of the Week Bret Helton has led the way, allowing zero runs over his last two starts, but he is not alone in posting goose eggs. Six pitchers on the staff have a 0.00 ERA over the last seven games and only three have ERAs above 2.50. That is what you call domination.

It is truly pick your poison. Want great starting pitching? How about in four of the seven contests, the starter has allowed one run or fewer.

While the pitching staff has been fantastic, one cannot ignore the performance of Correlle Prime. He has been nothing short of awesome during the winning streak, going 9-24 (.375) with 5 runs and 13 RBI. He has three homers and two doubles. He is just one of two RedHawks hitters batting better than .300 during the streak, but his hits have been huge.

In the only tough outing by the staff, an 8-6 victory over the Chicago Dogs, Prime homered and drove in five. In a 6-1 win over the Dogs the next night he drove in four. He drove in all three runs against the Gary Southshore RailCats on June 18 in a 3-0 victory. Prime’s back must be plenty strong, because he is carrying this offense right now and seems to be relishing every moment of it.

It has been five years since the Fargo-Moorhead RedHawks have made the playoffs, but that run may be coming to an end. It is only a month into the season, but this team finally looks to be living up to the expectations many (including me) had when the season began.

The RedHawks are tied for second in the North Division and will have a chance to show us if they are a real playoff competitor. After finishing a four game series with Sioux Falls, Fargo-Moorhead has three games at home against the St. Paul Saints, the team leading the North Division, before heading to Winnipeg (the team they are tied with) for three. Should they go 5-1 in those series, there may be no holding off this team. No one may be able to knock the RedHawks off their perch at that point.