Kansas City, Kan. —Quick start for the Kansas City Monarchs (40-22) leads to a 12-1 win over the Houston Apollos (8-54). The Apollos took off early in the first inning with a triple from Jordan Pontious before scoring courtesy of a sac fly from Aaron Takacs, to give Houston a 1-0 going into the bottom of the first.

The second inning was a jammed packed one for the Monarchs with a continuous bases loaded scenario.

With Gaby Guerrero, Casey Gillaspie and Colin Willis on base, a single from Charcer Burks brought in an unearned run from Guerrero, tying the game 1-1.

A Will Kengor single earned two RBIs from Gillaspie and Willis with a sac-fly from Olmeda bringing in a run from Burks, the Monarchs up 4-1.

A single from Ryan Grotjohn also brought in another two runs in the form of Kengor and McCullough, who hit a ground rule double to right field. The final run came from a double from Guerrero, putting the Monarchs up by six, 7-1, going into the third inning.

The scoring didn’t stop for the Monarchs in the third with an RBI single from Alexis Olmeda, making it 8-1. 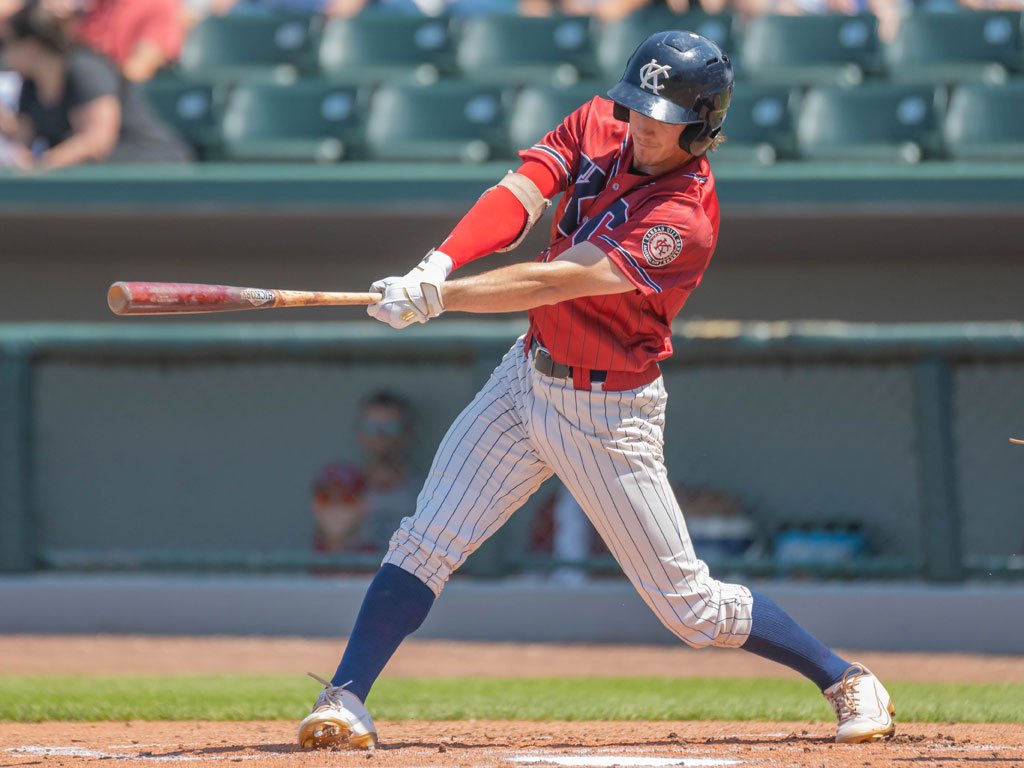 A double from Guerrero, a two base error in left off the bat of Gillaspie and a Willis double resulted in an earned and unearned run in the fourth. That pushed the KC lead to nine at 10-1. The last run of the game came from Grotjohn in the fifth with a two-run home run, resulting in a 12-1 final score.

The Monarchs continue the series against Houston with the second game of the day scheduled for 5:00 p.m.  The game will air on the Monarchs Broadcast Network with the pre-game beginning at 4:35 p.m., while the video stream airing on aabaseball.tv at first pitch.

Goldeyes Rally in Ninth to Down Explorers