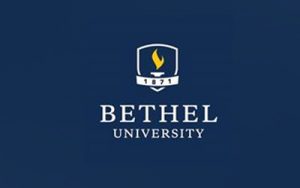 The St. Olaf Oles entered Saturday afternoon’s game as one of three teams in the MIAC who were still undefeated. That is not the case any longer. The Bethel Royals used the combination that has been the hallmark of their success this season – a powerful running game and dominating defense – in a 35-7 thrashing of the Oles, moving both teams to 5-1. Quarterback Jaran Roste rushed for 157 yards and threw for 183 more, and the Bethel defense allowed just 251 total yards in the victory.

St. Olaf would receive the opening kickoff and would be forced to punt after three plays. Noah Johnson’s kick sailed just 21 yards and a penalty gave the Royals 14 of that back. That gave the Royals the ball at the Oles 37.

It would not take them long to find the end zone. On the first play, Sam Gibas took the handoff and raced 37 yards for a touchdown to make it 7-0.

On their third drive, the Royals would find the end zone again. A 20 yard punt gave Bethel the ball at the Oles 40. On the first play, Jaran Roste found Drew Larsen for a 13 yard completion. It looked like the drive would stall when a seven yard loss made it third and 13, but Roste came up big, connecting with Larsen again for a 20 yard completion and a first down. That put the ball at the 10 and, three plays later, Bethel was faced with a fourth and goal. The coaching staff opted to go for it and would be rewarded when Roste snuck across the line for a touchdown to extend the lead to 14.

Another 20 yard punt would give the Bethel Royals great field position, this time at the St. Olaf 41. Five plays later, they would find the end zone one again. A 45 yard run by Roste moved the ball to the two, and they would score three plays later to make it 21-0.

With 2:31 left in the half, the Oles would finally get on the scoreboard. With Bethel facing a fourth and 1 at the St. Olaf 45, they went for it, but Roste was stuffed. Richardo Johnson III found Noah Johnson for a 21 yard pass into Bethel territory. On the 11th play of the drive, Khayleb Willis scored from one yard out to make it 21-7.

The Royals had benefitted greatly from the field position they were receiving, but their defense had given the Oles offense no chance to mount any kind of a drive. St. Olaf had the ball seven times in the first half, punting four times, turning the ball over on downs once, and fumbling once. The Oles had just 36 plays in the first half.

Neither team could score in the third quarter, but the Royals would put this game away in the fourth. After a 41 yard punt put the Royals at the their own 35, Roste took the third play of the drive, burst up the middle and ran the distance for a 57 yard touchdown. That extended the lead back to 21.

The defense had been the story for Bethel all game long, and their star linebacker put the icing on the cake. With St. Olaf at their own six facing a third and nine, Dawson Brown read the pass play perfectly, intercepting the Johnson pass and returning it 10 yards for a touchdown. That was his fifth interception of the season.

The Bethel Royals rushed for 241 yards and had 424 yards of total offense. Jaran Roste head 153 yards and two touchdowns on 18 carries. He also completed 11 of 19 passes for 183 yards. Sam Gibas had 14 carries for 70 yards and a score. Drew Larsen had 122 yards receiving on five catches.

On defense, the Royals were led by Drew Ragsdale, who had 10 tackles, a sack and a forced fumble. Cale Ferrin and Dawson Brown each had an interception. Brown also had a sack.

Next Saturday, the Bethel Royals (5-1) welcome the Concordia Cobbers. Kickoff is scheduled for 1:00.